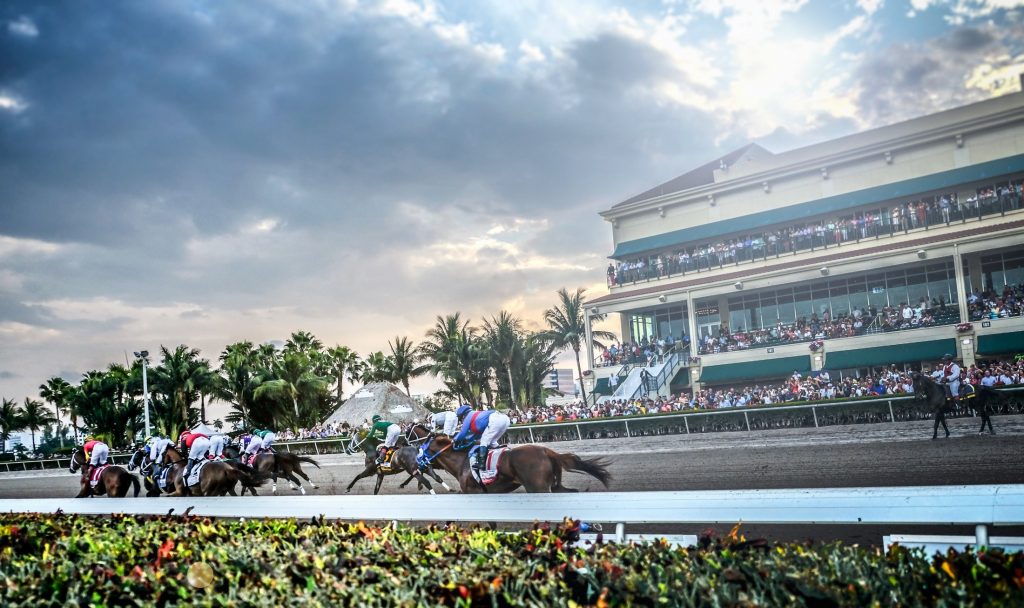 Omaha Beach ‘Ready to Go’ for Pegasus at Gulfstream

Jockey Julien Leparoux was up for the work, the 4-year-old son of War Front’s first since he completed his very successful 2019 season with a decisive victory in the Malibu (G1) on Dec. 28 at Santa Anita Park. The colt’s training program was briefly interrupted last week by what Hall of Fame trainer Richard Mandella described as a bruised foot. After a shoe was pulled and the foot was treated, he was back on the track for a gallop on Friday morning. Mandella said he liked the way Omaha Beach handled the work.

“It went nice,” Mandella said. “He missed a few days last week and missed a work, but no big deal. We’ve got time. We’ll get another one next week, in six or seven days, and I think we’ll be ready to go.”

Omaha Beach is the expected favorite in the Pegasus World Cup. It will be the final start of his career before he begins stud duty at Spendthrift Farm.

Mandella said that he may ask Leparoux to handle the final work for the Pegasus next weekend. Hall of fame jockey Mike Smith will be up for the race.

Omaha Beach won the seven-furlong Malibu by 2 ¾-lengths to add a third Grade 1 to his resume. He won the Rebel (G2) and Arkansas Derby (G1) to earn the role as morning-line favorite for the Kentucky Derby (G1), but was scratched from the first leg of the Triple Crown due to an entrapped epiglottis. He returned from a six-month layoff following the procedure to win the six-furlong Santa Anita Sprint Championship (G1), before finishing second behind Spun to Run in the Breeders’ Cup Dirt Mile (G1) at Santa Anita prior to the Malibu.

“Everything was good,” Leparoux said. “To me, it looked very nice, very smooth. He was happy doing it. It felt good. It was a good breeze, I thought.”

Mandella agreed with Leparoux’ assessment. “They said it was a really nice work, but we weren’t looking to light any bulbs up,” he said. “We were just trying to get a nice work today and next week it will probably be a little better.”

And Mandella said that the colt’s foot has responded well to treatment.

“As you can see it’s working pretty good,” he said. “We’ve got a lot of time to the race, so I think we’re in good shape.”

While Mandella has developed and handled many stars during this distinguished career, he said that Omaha Beach has a distinctive combination of talent and temperament.

“I’ve never had a horse that is completely good-minded like this,” he said. “Good horses, they get tough, aggressive. When it’s time to go he does rise to the occasion. Other than that he’s like a pet. He’s just the sweetest horse I ever saw.”

Bloom Racing Stable LLC’s Henley’s Joy, invited to the Pegasus World Cup Turf (G1), was also on the track. The 4-year-old son of Kitten’s Joy worked five furlongs in 1:01.39. The colt won the Belmont Derby Invitational Stakes (G1) in July and finished fourth over the fall in the Hill Prince (G2) and Twilight Derby (G2).